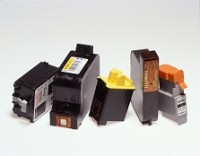 Article discusses whether it is worth buying compatibles rather than original cartridges.

An article on technology website Computer Active investigates the pros and cons of purchasing remanufactured ink cartridges for inkjet printers, highlighting the cheaper cost of compatible cartridges as the main benefit.

Martin Hurren, Manager of Ink Supplies, HP, explained that this was due to the “quality and intensity of the dye colourant”, commenting: “Certain refill inks don’t use the same quality [processes] we use, and that’s why fading in third-party inks is often a big issue.”

The article goes on to counteract the common misconception that third-party ink will invalidate a printer’s warranty, claiming that “this isn’t the case unless that ink causes damage to the printer”.  It then profiles Jet Tec, a remanufacturer that offers to “collect, inspect and repair or replace” any printer that is damaged by one of its cartridges, stating that the company reportedly experienced a return rate of “fewer than one in 200 cartridges” last year.

Computer Active tested the effectiveness of compatible versus non-compatible cartridges using two different OEM printers: a HP Photosmart 6510 MFP and a Canon Pixma MG6250. Using five unbranded ink cartridges and a grey Inkrite ink cartridge in the Canon device showed that the cartridge fitted the printer well and did not produce any error messages. However, whilst the print quality on plain paper was good, it began to deteriorate halfway through printing the first photo due to a blockage of the grey ink. The photos also displayed a different colour balance to those printed using an original cartridge, although “in one case, the result was enhanced by greater contrast”.

Jet Tec ink cartridges used in the HP device “fitted perfectly in the printer” but the printer then “displayed an error and refused to print”. Although this was solved by transferring the microchip from the used HP cartridges to the Jet Tec cartridges, “it continued to warn us their ink levels were low”. Another problem that arose was that after printing 60 colour pages, streaks appeared in the areas of yellow and black, despite undergoing cleaning cycles.

The article concludes that, although remanufactured cartridges can save customers money, with pages costing around 6.8 pence per page compared to 9.7 pence when using original cartridges, and are ideal for documents that do not need to be kept for a long period of time, “if you want reliability and the best possible print quality […] stick with original supplies and shop around for the best prices”.

Phil Sneath, Commercial Manager at Jet Tec commented on the comparison of Jet Tec cartridges and OEm cartridges: “Jet Tec have seen the comparison and will be taking this up with the magazine as there are a number of discrepancies and inaccuracies within the article.”