Armor taken over by senior management

The French aftermarket manufacturer’s senior management acquired the company from an investment fund. 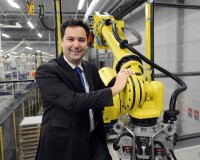 OPI (subscription required) reported on the buyout by Armor’s senior management team, which has led to the team taking over the company. Armor’s CEO Hubert de Boisredon led the acquisition alongside six other senior management members, and has become the main shareholder in the company with 36 percent of the shares.

In turn, the other six company executives hold 20 percent of the company between them, with 71 percent of voting rights now controlled by the seven individuals. The buyout of Armor’s shares was backed by four French investment companies, Arkéa Capital Partenaire, Ouest Croissance, Siparex and LCL Partenaire, who cumulatively invested €45 million ($62 million) in Armor.

Armor noted that the acquisition took the form of an Industrial and Innovation Capital Management (CMII), which “combines shareholding and social capitalism, in the spirit of a family business”. This model relies on “significant personal financial commitment” from the management team, with the backing of investment funding which “shares a belief in the industrial project over the long term”.

The company added: “Armor’s industrial project will take on a new dimension through involvement in the circular economy and by contributing solutions to the problems of energy transfer thanks to organic photovoltaic film. The project also relies on a strategy of co-industrialisation: developing economic activity in France, by investing in growth throughout the world.

“Research and innovation will continue to drive development that is both ambitious and aims for the long term. This buyout represents an opportunity for every part of the business including Armor Office Printing (AOP), which will maintain and develop its business whilst simultaneously leading a major innovation effort that should lead to the announcement of new products and services as early as this year.”

Orfite, another French investment firm, had acquired 90 percent of Armor’s shares in 2008, and OPI notes that the buyout “sees the exit” of the company. Armor added that staff can “participate in the buyout” of shares through a “special employee fund”.