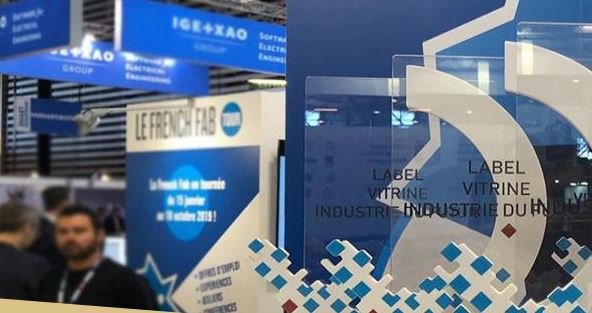 The company has revealed that it was handed an “Industry Showcase of the Future” trophy for innovation by the Alliance Industrie du Futur at the Global Industry Fair held in Lyon.

As ARMOR explains, this distinction is awarded to companies which have “developed innovative projects in the organisation of their production, in favour of a modern and attractive industry.”

Within its production plant based in La Chevrolière (Loire-Atlantique), ARMOR reveals it has fully robotised the cutting process of its inked polyester films. In addition, autonomous forklifts (AGVs) have been deployed in its workshops “to cope with the increasing number of flows and reduce the drudgery of certain tasks.”

For these projects, the company says it has integrated both its digital and industrial robotics systems.

“The objective of the program is threefold: to support a market that is growing rapidly and competitively, to reduce production costs and to maintain the core business in France,” explains Christophe Derennes, Industrial Director of ARMOR.

Additionally, “to accompany the rise in skills of its employees, and to meet new training needs,” ARMOR says it has developed tailor-made programs through its very own ARMOR University. Since the university’s inception in 2011, over 200 employees have received their training there and acquired a raft of new skills.

“I am very proud that ARMOR will receive this “Industry Showcase of the Future” label. This is a strong sign of our commitment to serving a French industry with a future. We work through our many technological and digital innovations,” says Hubert de Boisredon, President and CEO of ARMOR.