ARMOR committed to the fight against climate change 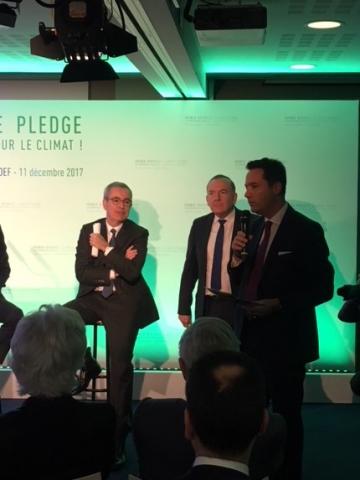 During the One Planet summit, co-organised by the UN and the World Bank earlier this month, ARMOR’s CEO signed the French Business Climate Pledge.

According to ARMOR, safeguarding the planet is at the heart of its business model, with the reduction of greenhouse gas emissions constituting “an ongoing catalyst to innovation in the fields of the circular economy and renewable energies.”

ARMOR “was almost the only mid-market signatory of the pledge, among 90 large groups within the French economy”.

The company’s CEO, Hubert de Boisredon was one of the few signatories to make an address, saying:

“We have created a flexible photovoltaïc film that is 30 times lighter than a traditional solar panel. By developing this type of innovation, we believe that we can truly provide a response to the challenges of global warming.”

Two years after the historic Paris climate agreement during COP21, the president of the French republic, the UN and the World Bank are currently rallying international leaders to accelerate implementation of the Paris agreement. The One Planet Summit brings together actors from public and private finance to offer tangible solutions to environmental challenges. The event is an opportunity for all co-signatories of the French Business Climate Pledge to present effective solutions in order to take action without delay.