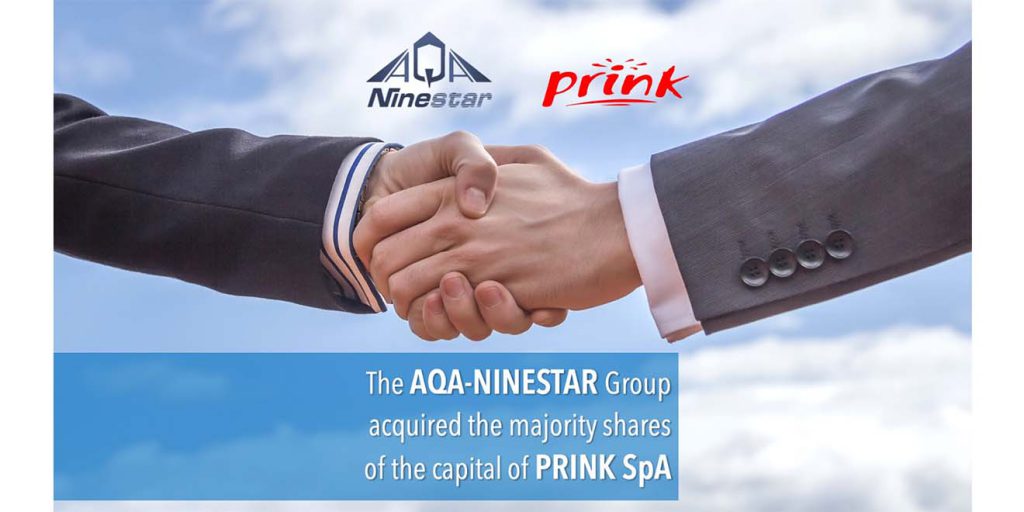 Part of the Ninestar Group, Italy-based AQA-Ninestar has announced the acquisition of the majority stake of 51% of the share capital of Prink SpA.

Although the transaction already took place in April, the announcement was only made recently. In the announcement, AQA-Ninestar said that with this strategic acquisition, the AQA-Ninestar Group expects a growth in consolidated turnover for the year 2022 close to €100 million ($101 million) in revenues.

Diego Fontana Founding Partner and General Manager of AQA-Ninestar commented: “The acquisition allows to consolidate the positioning of AQA-Ninestar on the Printing and ICT Consumer market and at the same time to enhance PRINK through the adoption of a strategy, which provides for new synergies, actions aimed at growth, innovation and to immediately control the new emerging markets.

This operation therefore represents both for the AQA-Ninestar Group and for Prink SpA, an important step in the strategy of expansion on international markets and strengthening the presence in the different reference markets.”

The AQA-Ninestar Group is 22.5% owned by the Chinese Ninestar Image Tech Limited based in Zhuhai and has been present on the Italian market since 2005, as a distributor in the printing sector with the offices in Casaletto Vaprio (Cremona) and the Cash & Carry in P.to Sant’Elpidio (Province of Fermo).

The company Prink SpA headquartered in Castelbolognese (Ravenna), has 10 branches throughout Europe and 1,200 shops and corner shops that not only of consumer products in the IT sector, but also in services in the telephone sector with the IRiparo brand, a hardware component repair service for smartphones and tablets. Prink SpA has 280 employees and in 2021 had a consolidated turnover of €81 million ($82 million).