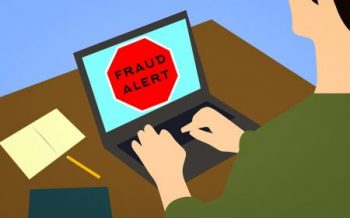 Echoing the scam perpetrated by a Wisbech secretary in the UK, a Plymouth printer manufacturer employee has been discovered stealing over $240,000 (€211,943) worth of printer ink to sell on eBay.

The 41-year-old, who worked for Primera Technology Inc., had stolen the ink to sell online for profit, in a “bizarre scheme” which police say spanned more than 5 years, as StarTribune reports.

During police questioning, the Andover man “admitted to selling some of the ink cartridges at a discount to unsuspecting buyers on Amazon and eBay”.

The police then used the address linked to the eBay account to track down their suspect.

However, the law enforcement authorities weren’t the only suspicious ones; a colleague at Primera was already troubled by the realisation that the man “was ordering more ink than needed and keeping some ink which he is then reselling”, as the search warrant filed in Hennepin County District Court revealed.

Finally, the suspect was followed by police to the storage facility where he was keeping the stolen ink. The police procured a search warrant “and seized more than $220,000 (€194,281) worth of ink from the unit”. They also searched the man’s home and uncovered an additional store of ink, worth over $20,000 (€17,661).

The suspect later admitted the scheme had been perpetrated for over 5 years, during which “he had tried to keep annual sales under $15,000 (€13,246)” to avoid having to provide tax identification information.