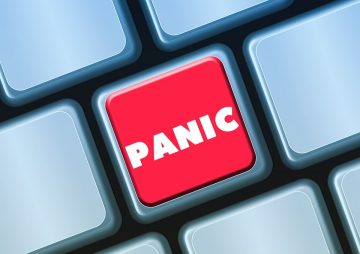 The online retail giant has been sowing fear among its wholesale suppliers as it stops buying products directly and instead urges them to sell directly to consumers via its marketplace.

As Bloomberg reports, by implementing this “less risky” selling strategy, Amazon.com Inc will accrue more cash as it frees itself of the costs of “purchasing, storing and shipping products.” It can also charge its suppliers for its services, while making a commission for every transaction.

The purpose of this sudden change in procedure is to help the online retailer “boost profits at the core e-commerce business”, but could have a big impact on suppliers as they will have to “quickly shift their sales tactics if the expected Amazon orders don’t come in.”

“If you’re heavily reliant on Amazon, which a lot of these vendors are, you’re in a lot of trouble,” said Dan Brownsher, who serves as Chief Executive Officer of Channel Key, a Las Vegas e-commerce consulting business which sells over $100 million (€87.6 million) of goods on Amazon annually. “If this goes on, it can put people out of business.”

“We regularly review our selling partner relationships and may make changes when we see an opportunity to provide customers with improved selection, value and convenience,” Amazon declared, though the company declined to make specific comments on the change.

This policy of silence has been extended to the vendors themselves, with some revealing that Amazon has ceased the submission of routine orders “often without explanation”. Meanwhile one vendor revealed that he had received a “canned response” from Amazon when he queried the absence of his weekly purchase order.

As a result of Amazon’s new strategy, more vendors “will be forced to sell on the marketplace or risk getting stuck with unsold inventory,” according to Will Land, CEO of Marketplace Valet in Riverside, California.

“When you get used to those big checks,” he said, “it’s hard to pull away.”