All change at Lexmark

30-year veteran exits Lexmark Germany and the company notifies US staff of layoffs.

Nearly 30 years after joining Lexmark, Hartmut Rottstedt, Managing Director Germany, Austria, Switzerland (DACH) of Lexmark Germany, left the printer manufacturer at the end of October it is understood to pursue other opportunities. 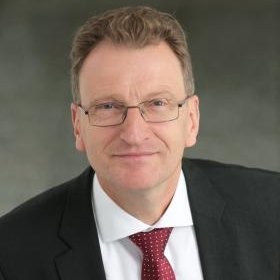 Rottstedt joined Lexmark as a key account manager when the company was spun out of IBM in April 1991 and his exit looks to be an early move of a far reaching global reorganisation at Lexmark.

Lexmark’s DACH organization will be headed by Thomas Valjak, who has been Vice President Channel EMEA for Lexmark since May 2019.

Lexmark employs 8,000 people worldwide, 2,000 of which are based in the USA. 1400 employees are based at the Lexington, USA headquarters of Lexmark where staff were recently notified of nationwide layoffs. This follows a pay freeze the company implemented in March when the pandemic first began in the United States.

The Recycler understands that Lexmark is undertaking a long-term realignment of the business as a result market changes relating to the coronavirus pandemic.

In 2018 Ninestar penned a deal to acquire 598,000 square metres of land to build a Laser Printer Hi-Tech Equipment & Intelligent Manufacturing Industrial Park at the Gaolan Port Economic Zone in Zhuhai. Once completed it is understood that the company will be able to produce 4 million Pantum and Lexmark printers annually.

The Cityofzhuhai.com news site reported in September that “Lexmark printers… increased 290.62% in net profit compared with the previous year, despite a year-on-year decrease of 8.26% in overall company profits due to the epidemic.”