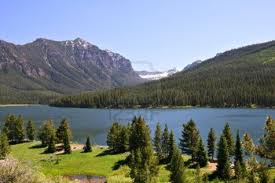 ACM Technologies, Inc. has announced that thanks to its customers, it has helped to plant over 3,500 trees in the Gallatin National Forest, Montana, through it’s second annual Arbor Day Foundation promotion, which saw the company plant a tree for each purchase of its EcoPlus branded remanufactured toner cartridges on behalf of the customer’s name.

This year exceeded the company’s goal of planting 2,000 trees, with Ben Lin, Executive Vice President of ACM, commenting: “Our customers exceeded our expectations. After we totalled the number and it was over 3,500 trees, we were amazed! We would like to thank our valued customers for participating and also donating to the Arbor Day Foundation. We could not have done this without each and every one of them!”

ACM’s EcoPlus brand of remanufactured toner cartridges were introduced in 2011, and are designed to be eco-friendly, remanufactured using “OEM virgin cores” and claimed to be packaged in the smallest volume boxes in the industry, which are also recyclable and reusable.

The Recycler reported last year on ACM’s achievement of planting 900 trees in Shasta-Trinity Forest, California, as part of its “Make the World a Greener Place!” promotion, which also ran through the purchase of EcoPlus toner cartridges.