Where were you when… We didn’t want this anniversary to pass unnoticed, so we asked our former then publisher, David Connett to share his memories of 9/11 at Boston airport and in Las Vegas in that week that changed the world.

Where were you when… is the question we can all answer to specific world events. For most of my life, I could honestly say “at home watching the news on TV” or some other regular routine. But for 9/11, my colleague, Tony Critchley and I were travelling to Las Vegas for the World Expo trade show and meeting up with our then Editor, Steve Hay, who had gone ahead a few days earlier and was holidaying with his wife. 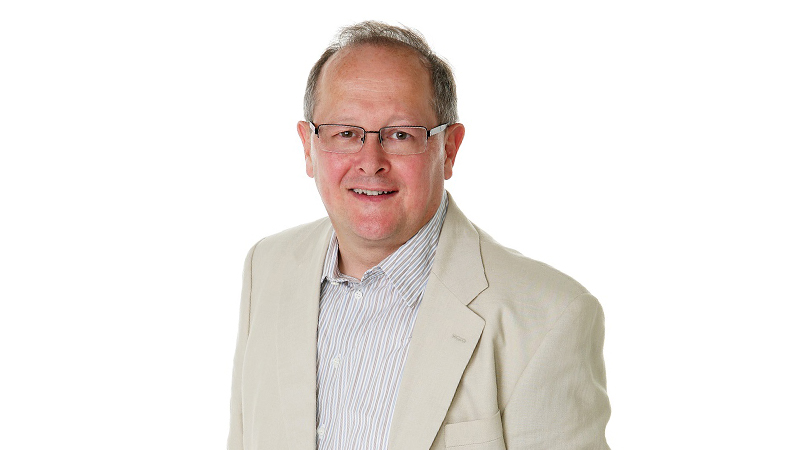 We flew from London and arrived a little late at Logan International Airport in the late evening on the 10th of September. We cleared immigration and customs easily enough and started to head off towards the domestic terminal. I recall road works and building works, and despite seeking directions, we got lost. An excellent outcome for a couple of veterans! A policeman took pity on us and pointed us in the right direction. “Through these doors, right to the end of the corridor, turn left and through the doors again, and you will be at the departure gates,” he said.  Except the corridor was not a public one? It gave access to various offices, but hey, no alarms went off, and we ended up at the departure gates.

The bad news was that our direct flight to Las Vegas was a) running late due to bad weather and may be cancelled, and b) was fully booked. We were offered an upgrade and $150 (€127) each to fly to Las Vegas via Los Angeles first thing in the morning. I was tempted, $300 (€254) between us… But Tony didn’t relish an overnight in the departures area, so we declined the upgrade and the money and went through security.

You have all been to airports like this. Renovations were going on; more passengers than you could count and more languages than you could recognise. Over the babble of people, the security scanners beeped more times than a smoke detector on steroids, but we got through in the end and found a place to sit. As we drank a beer and consumed a sandwich, we people gazed as they went through security, just like we had. We even said to each other anybody could walk through here…

We rechecked our flight, and we had a departure time and an hour or so to spare, so time for another beer. We eventually boarded a very full plane and arrived safely in Las Vegas and checked into our hotel. Unpacking my case, the news broke of the attack on the World Trade Centre and the rest of that story, you know.

That afternoon we went to the World Expo exhibitors meeting, and everyone was in shock. We said prayers for the unknown victims. The Recharger’s Phyllis Gurgevich, and Tricia Judge asked the tough questions: Should we carry on, should we close? We agreed to carry on, not to be cowed by terrorists, but to show solidarity.  Whoever you are and whatever you do, you won’t change us.

US airspace was closed by the time the meeting was over and hundreds of World Expo visitors found themselves landing at all sorts of provincial airports. In a few cases the plane passengers outnumbered the local community.

We sat comfortably in our Las Vegas hotel watching the news. It was hard to call home, but texts got through. Our UK office became a clearinghouse for news and information for our families, friends, and anyone looking for news. The Embassy Suites hotel was great, looking after the Virgin Airways crews and us and a whole bunch of other stranded visitors. Each evening the hotel hosted a not so happy “happy hour” that became the place to exchange information. The Virgin cabin crew seemed to know the latest gossip. The hotel certainly did all they could for the stranded visitors.

As day two unfolded, we were at World Expo, and Tony was off hustling – doing what Tony does best when I saw him ashen-faced. He had just found out that the first flight that had crashed into the twin towers was the Los Angeles flight we were offered. More to the point, the hijackers could have been sat among us at Logan International Airport.

I think it was ten days later when flights could restart. Virgin Airlines were brilliant in getting as many people on a flight as possible, with one person sitting on a crew jump seat all the way back to London.

Over the years, I have met many of the visitors that found themselves stranded, and they all have different tales to tell. But the one overriding message you heard was how warmly they were received and looked after across all the communities that adopted a plane or two when adversity brings strangers together.

I can still recall the events of September 2001 vividly in my head. I remember the kindness shown to us; we shared the shock and grief of a nation and built some lifelong friendships. For me, 9/11 was and is a sad day for the families and friends who died. It was a sad day for society, but it was also a good day when people ran towards danger to do their bit and where the essence of humanity shone through.