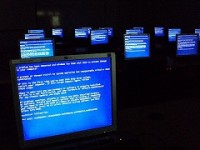 Under Article 13a of the EU’s telecom reform directive, member states of the EU are required to send annual summary reports on any major outages of electronic communication networks or services to cyber security agency European Network and Information Security Agency (ENISA) and the European Commission, with the first report of incidents in 2011 showing a total of 51 outages across 11 countries.

ENISA experts Marnix Dekker and Christoffer Karsberg said that the agency expects this number to rise in the next report as many of the countries did not implement the scheme until the end of 2011, commenting: “This year, the Member States have more mature national incident reporting schemes. So nextn year we expect to publish an annual report with about 10 times more incidents.”

The report found that most of the incidents (60 percent) affected mobile telephony or mobile internet, with 300,000 users being affected by mobile telephony or mobile internet incidents – consistent with the high number of mobile users. It also found that communication services, both fixed and mobile, strongly depend on the power supply, which in turn can be heavily impacted by natural phenomena such as storms, floods and heavy snow, which can cause incidents that last for an average of 45 hours.

Incidents found by the report will be discussed by the Article 13a working group, consisting of all electronic communication regulators from EU countries and technical experts from ENISA, with the next annual report expecting to be published in spring 2013.

Professor Udo Helmbrecht, Executive Director of ENISA commented: “We are now, for the first time, equipped with an overview of major cyber incidents in Europe. This is a decisive moment for the EU’s efforts to improve understanding of the impact of cyber security incidents. But this still deals with only a small subset of cyber security incidents. This type of reporting should be extended to cover a wider range of incidents and more sectors.”

The Recycler reported earlier this week that an annual report sponsored by HP found a 40 percent increase in cybercrime amongst U.S. companies in 2012 – the third consecutive year that the number of cybercrimes have risen.