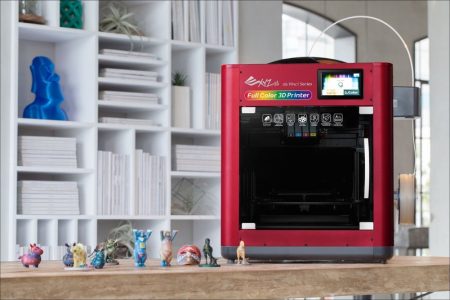 Industry researchers are anticipating a 24 percent growth in demand for the technology.

A projection from a Cleveland-based industry research firm predicts demand for 3D printers will grow by 24 percent by 2021. The Freedonia Group forecast in four years’ time, the worldwide market will have expanded to be worth $5.4 billion (€4.6 billion).

The study also notes the difference in product that will be driving the growth, with end users in the developed regions (North America and Western Europe) moving to 3D printing for “small-scale production applications”; Freedonia predict this will be due to the attraction of saving on labour and material costs.

In the Asia/Pacific region, meanwhile, the most rapid growth will come from inexpensive desktop printers, and will be prompted by their “low purchase price and extensive use in educational settings.”

The forecast demand for 2021 is a significant increase on the $1.8 billion (€1.5 billion) demand in 2016. Last year, Freedonia state that 70 percent of all 3D printer demand was driven by prototyping printers, with production printers and desktop printers making up just 24 percent and 6 percent respectively.

Yet it is production and desktop models that the Freedonia Group expect to drive demand over the next four years, over which period all global regions are forecast to record growth of over 20 percent.

For more insight and to read the Group’s study in full, click here.