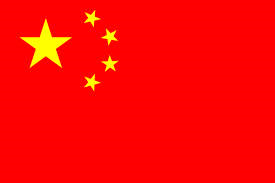 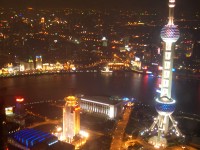 A new report on the nation’s growth outlook has cast its predictions for the Chinese economy.

Writing for Business Day, Dan Steinbock argues that in the coming year, the Chinese economy will be required to “cope with great international uncertainty and even more extraordinary market volatility.”

Looking at annualised growth over the course of 2018, Steinbock calls last year an “exceptional” one, with the fallout from the trade war with the USA in the second half of the year leading to “substantial collateral damage that will be felt even more in 2019, in the absence of a constructive reconciliation.”

However, forecasts for growth remain around the 6.5/6.6 percent mark, and Chinese GDP could grow by around 6.2 percent across the Full Year – “assuming policymakers succeed in the challenging balancing act to sustain higher-quality growth while suppressing faster debt accumulation.”

Despite this, Steinbock also asserts that the Chinese government’s own GDP growth target, which may not be officially announced until March, will likely reflect a steady deceleration, again owing to the trade war, and other “more secular” pressures, including environmental, debt, and real estate market issues. This deceleration is referred to as expected, following China’s recent history of speedy industrialisation and growth.

Steinbock also admits that China “could achieve more rapid growth,” but this would come at the cost of ignoring its commitments to higher living standards, sustainability, and eradicating poverty. Despite the expected deceleration, living standards in the country should rise. The slowdown will also foster stability, it is opined, compared to a more abrupt decline.

Steinbock finishes his summary by warning that the world’s major advanced economies are “heading toward a complicated, economically challenging and politically divisive stagnation. Unfortunately, much of these downside risks remain under-valued in the West. The greater the gap between misguided perceptions and economic realities, the more challenging will be the awakening.”